James Franco grew up with dreams of greatness similar to those yearned for by his title character in 'Oz the Great and Powerful'. 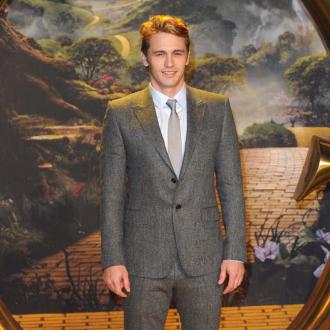 James Franco relates to his title character in 'Oz the Great and Powerful'.

The 34-year-old actor stars in the fantasy prequel to 'The Wizard of Oz', and admitted growing up he had similar dreams to those held by the titular character.

He said: ''He dreams about becoming great, becoming recognised, and when I was younger those were things I dreamed about too.''

Over a decade into his acting career, James realised he wasn't measuring success in the right way and his perception has shifted which, he suggested, mirrors the development of the wizard.

He explained to the Sunday Telegraph newspaper's Seven magazine: ''After 16 years in the business, I've come to understand success in a different way.

''I think I have had a chance of heart and changed the way I do things, just like Oz does.''

It is a realisation which altered his perception and approach to acting, particularly with regards to how he admittedly ''overstepped'' his boundaries as an actor.

He revealed: ''Because acting was my only professional outlet, I put a ton of pressure on the roles that I did.

''I overstepped my bounds, I tried to control things that were out of my purview as an actor and in some cases even tried to direct my scenes because I felt I knew how they should run rather than trust the director.''