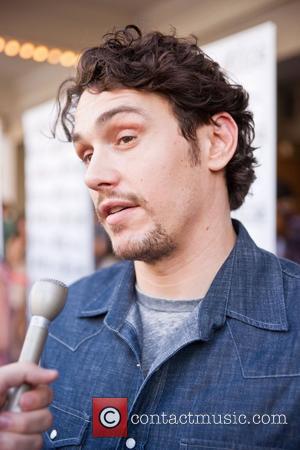 Studious actor James Franco has been dragged into a legal battle over allegations a teacher at an American university was sacked after giving the star a bad grade.
Jose Angel Santana, who taught the Spider-Man actor at New York University (Nyu), has filed a lawsuit against the institution, claiming he was unfairly dismissed from his teaching job.
The 58 year old alleges his firing came not long after he handed the Oscar nominee a 'D' grade for allegedly missing some of his classes.
He tells the New York Post, "The school has bent over backwards to create a Franco-friendly environment, that's for sure. The university has done everything in its power to curry favour with James Franco... In my opinion, they've turned the Nyu graduate film degree into swag for James Franco's purposes, a possession, something you can buy."
Santana has filed legal papers at Manhattan Supreme Court in New York in a bid to win his job back.