James Franco may take the starring role in the 'The Bourne Legacy', marking the first time Matt Damon has not played lead character Jason Bourne in the movie series. 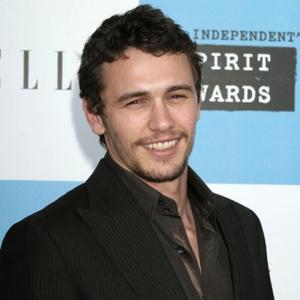 James Franco is being lined up to star in 'The Bourne Legacy'.

The '127 Hours' actor is being pursued by the film's director Tony Gilroy to take on the starring role in the movie - the first in the franchise not to feature Matt Damon as lead character Jason Bourne.

If he took the part in the project - the fourth in the 'Bourne' series - Franco would portray an entirely new action hero, as Gilroy has previously confessed he couldn't "replace" Damon.

He said: "I couldn't imagine trying to replace him. All the conspiratorial politics aside, these are very un-cynical, honest movies, and I don't know another actor who brings more integrity and dignity, and a lack of cynicism to his work than Matt."

Little is known about The Script for the project, although Gilroy has confirmed Jason Bourne has not died, paving the way for him to return in a later movie.

Franco, 32, will next be seen in 'Planet Of The Apes' prequel 'Rise of the Apes' alongside Andy Serkis, Tom Felton and Freida Pinto.