James Franco can't get a date

James Franco finds it hard to get a date because he's nervous around women. 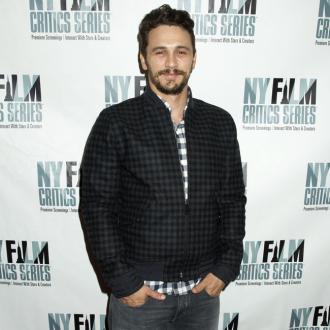 James Franco finds it difficult to get a date.

The 'Oz: The Great and Powerful' actor - who has been single since splitting from Ahna O'Reilly after five years of dating in 2011 - insists he is ''shy'' around the opposite sex but is slowly improving his social skills, though he doesn't have much time to meet people.

Speaking in the new issue of Loaded magazine - out now - He said: ''I've always been a little shy in meeting women.

''I've been getting better over the years at being able to speak more comfortably when I first meet someone.

''Obviously you have to be a little apprehensive on some occasions but usually it's all very natural.''

James was recently forced to defend himself after flirting with a 17-year-old fan on Instagram, insisting he was just trying to ''meet someone'', and though it has been speculated the incident was a publicity stunt to promote his 'Palo Alto' movie, he insists he doesn't ''care'' what people think.

He said: ''I don't care. I've tried to address the issue of celebrity culture in different ways and by doing that I open myself up to that kind of criticism.''