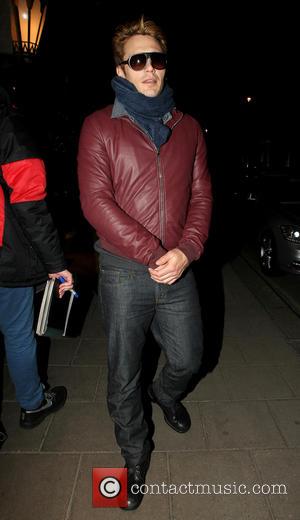 Hollywood star James Franco has recorded a new protest video after learning his friend and collaborator Travis Mathews' new movie has been banned in Australia.

The director's I Want Your Love, which has received critical acclaim at film events all over the world in the past year, has been axed from the Melbourne Queer Film Festival, Sydney's Queer Screen and the Brisbane Queer Film Festival line-ups after censors at the Australian Classification Board banned the movie from being screened in the country.

Defending his movie, Mathews says, "I think the Australian Classification Board made the decision based on the synopsis, not having seen the film, saying it's gratuitous. I could argue against it, but it feels like a trap. This is a larger issue that an adult viewing audience should be able to make up their own mind about this."

And his friend Franco agrees. Posting a video protest online aimed at the Aussie censors over the weekend (03Mar13), the 127 Hours star says, "It's such a disappointment to me and it's really silly... He (Mathews) is using sex in such a sophisticated way... It's how we create children, it's how we connect. To keep it from films that wanna explore it as human behaviour is very short sighted and I think very hypo. I don't think we'd be having this conversation if he had made a very violent film.

"Adults should be able to choose... I don't know why in this day and age something like this... is being banned. It's just embarrassing. I hope you'll reconsider."

Franco reveals that he became inspired to work with filmmaker Mathews on their new movie Interior. Leather Bar. after watching I Want Your Love.