Is it a Spring Break anthem or an equal rights advocacy video? 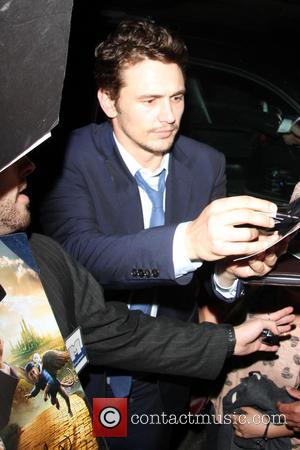 James Franco, Zach Galifianakis and Edward Norton teamed up with online comedians The Lonely Island for their latest video, Spring Break Anthem. The Lonely Island trio are currently in the midst of promoting their upcoming release, The Wack Album and have promised audiences a video every Wednesday until the official release date. Spring Break Anthem made for a great kickoff to the festivities and a seasonally appropriate as well, what with students the world over currently hitting the beach. This is exactly the theme of the video as well – booze, babes and… same sex weddings.

Yep. The Lonely Island’s particular brand of crude humor got everyone once again, with lyrics that go “Bros before h**s and chicks with no clothes on/ Slammin’ shots and marry a man.” You have to admire TLI’s commitment to being offensive to every demographic, without actually offending anyone, though. Plus, the video is colorful and fast enough to make you forget the lack of any actual point - as with most of the comedians' content. Plus, James Franco is exactly on cue for this, having recently starred in the neon-toned Harmony Korine romp Spring Breakers. So you should probably watch the video below. It’s funny, it’s… almost kind of witty, but most of all, we’re (along with the entire internet) are just glad The Lonely Island guys are back.