Bad news for comedy fans, but good news for North Korean dictators: James Franco and Seth Rogen's new film has been pushed back to a December release date.

Originally scheduled to release in October, The Interview is co-directed by Evan Goldberg (who also directed This is the End) and Seth Rogen, and is based around a celebrity talk show host (Franco) and his producer (Rogen) who are tasked with assasinating North Korean dictator Kim Jong-un. The film has upset North Korea, who unsurprisingly aren't seeing the funny side, but as it turns out, audiences won't be seeing it either- at least, not for another two months. 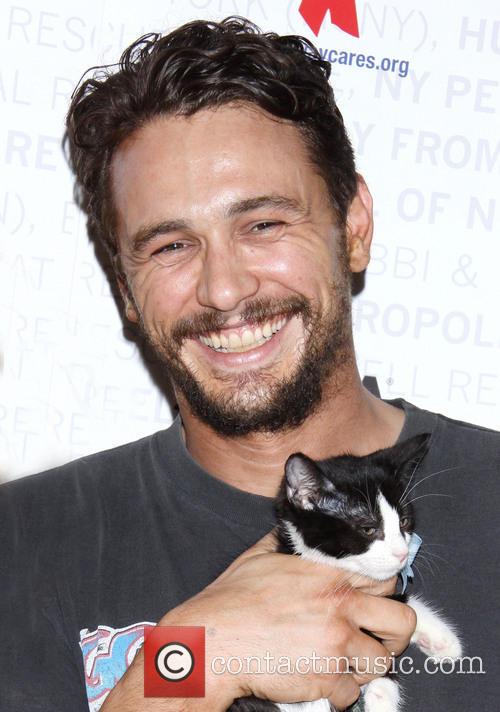 More: North Korea's 'The Interview' Complaint May Give Seth Rogen Better Publicity Than Money Can Buy

The film will now release in the U.S on Christmas Day. Well, what better to get you in the holiday spirit than an assassination-themed comedy? That's what Sony certainly think. "The combination of Seth, Evan and James is pure comedic magic," said Rory Bruer, president of worldwide distribution for the studio. "We're thrilled to be making the move to Christmas — one of the most important moviegoing days of the year and the perfect date to show off their brand of comedy."

It's unclear why the film's release date has been pushed back, but it's the latest in a scheduling shuffle for Sony, who have also moved Cameron Crowe's anticipated new film starring Bradley Cooper and Emma Stone from a Christmas 2014 to a May 2015 release. The Interview will now square off at the box office against a fair few other films: Angelina Jolie's World War II drama Unbroken, Martin Luther King movie Selma, Disney's Into the Woods, Paddington, Tim Burton's Big Eyes and the comedy sequel Hot Tub Time Machine 2.

There's no word yet on how the move to Christmas Day in the U.S will impact on the film's U.K release.

More: A Week In News: North Korea Threatens Seth Rogen, George Clooney Gets Angry, And Robin Thicke Is Knocked Out