A series of leaked screen shots seemingly shows James Franco attempting to meet up with a 17-year-old school girl - but could it all be a hoax?

James Franco has allegedly attempted to pick up a 17-year-old Scottish schoolgirl via Instagram. Leaked messages sent via Instagram and text message appear to show the 35-year-old actor suggesting he meet in a hotel with 17-year-old Lucy Clode. 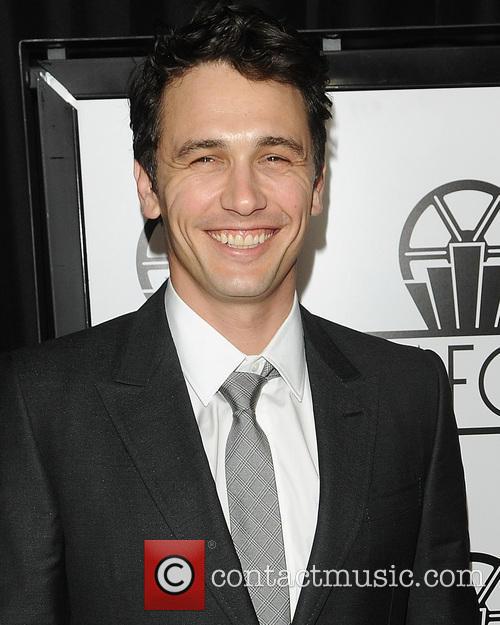 The communication reportedly began when Clode posted a picture of herself on Instagram with a bespectacled Franco in the background, evidently in the midst of a crowd of admirers. According to Blemish.com, Franco asked Clode tag him in the photo and video before he began speaking to her following their reported encounter.

The Blemish.com have posted a series of screen shots of the alleged conversation between Clode and Franco: Franco allegedly asked if Clode was in New York; how long for; if she had a boyfriend; and where she was staying in New York. Clode, who is just under 18, apparently did not believe she was speaking to Franco, and joked that she did not have a boyfriend if Franco was around.

Clode joked about the authenticity - which has not been confirmed - of Franco's account and when she wrote "well this is a story my Scottish friends will never believe," Franco reportedly requested she didn't tell anyone.

The rest of the conversation largely concerns Franco, should it prove to be the actor himself and not a hoax, attempting to convince Clode it is indeed him sending the messages. Franco seemingly sent a series of selfies to attempt to convince Clode of his authenticity including one in which, at Clode's request, he held a piece of paper with her name written on it next to his face.

Unfortunately, in what can only be appalling timing, Franco tweeted last night stating "I'm not! I hope parents keep their teens away from me. Thank you," and attached a photograph which has since been removed. Since the news of his alleged communication with Clode broke Franco has not commented on the incident and appears to have recently celebrated gaining 1.6 million Instagram followers. As optimistic as this may be perhaps, when faced with a lie, the best policy is to ignore it?

I'M NOT! I HOPE PARENTS KEEP THEIR TEENS AWAY FROM ME. Thank you http://t.co/I1d4n3yVe0