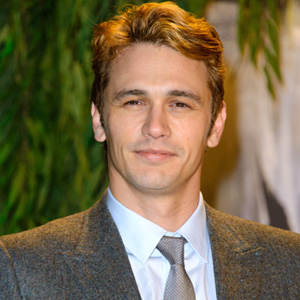 At 34, James Franco is almost ludicrously overqualified for anything he sets his hands to. He has several university degrees, has written short stories, novels and poetry, and has written and directed award-winning films. As an actor, he's was Oscar-nominated for 127 Hours and continues to surprise audiences with his eclectic choices, from the Spider-man trilogy to Milk to playing a rapper-gangster in Harmony Korine's arthouse romp Spring Breakers. And in early 2013 he has nine films in various stages of production. So seeing him turn up as the title character in the family friendly Oz the Great and Powerful was a bit of a surprise...

Why did you decide to make this film? The Wizard of Oz is a tough act to follow.
First of all, I heard Sam [Raimi] was directing this movie. I did the three Spider-man films with him, and I've known him over 10 years. Not only is he one of my favourite directors to work with, but I'm a fan of his films. So I jumped at the opportunity to do this. I've also been a fan of the world of Oz since I was a boy. I read all the L Frank Baum books when I was a kid, so I was excited because I'd be able to step into that world of my childhood imagination. And when I read the script I saw that they were going to be loyal and respectful of everything we lovers of Oz expect, and that there would be familiar things that you need for it to be the land of Oz.

What kinds of familiar things?
You need the yellow brick road and the Emerald City and witches, flying monkeys and Munchkins. But now it's 70-plus years later and they'd be able to capture this world in a much more spectacular and seamless way. They didn't need to rely on theatrical conventions like men in lion pyjamas with the faces cut out; they could create these magical creatures in ways that are believable to the eye.

What about the new storyline?
I thought that the approach back to the land of Oz was just perfect. They weren't going to slavishly try to create a new version of Dorothy, or even a little boy version. But the lead character was completely different. He was anything but an innocent young girl - he's a conman! So the way the audience would be brought into the familiar world of Oz would be completely new. And the way the character interacts with Oz would be completely fresh. And so I thought they had both: they were respectful of what they should respect and they were innovative where they should be innovative.

Did you actually learn how to do all those magic tricks?
I was fortunate enough to receive lessons from Lance Burton, one of the great magicians from Las Vegas. He normally performs for hundreds or thousands of people, and I got to have him as my private teacher for weeks, which was great. It was a big treat. He taught me many tricks, and Sam assured me they would all go into the movie, and that my hard work would pay off. They didn't!

But you learned how to play a magician convincingly.
That's right. That was the plan all along! So the character puts on a show in Kansas at the beginning of the film, and some of the tricks stayed in there. A lot of the tricks were very elaborate, requiring special doves and props and that kind of thing. But more than that I look at myself on the stage and there are certain flourishes and the way I carry myself - that definitely come from Lance.