James Dean's handwritten love letters to a former girlfriend have sold for $36,000 (£22,500) at a London auction.
The Rebel Without a Cause star's three notes to ex-lover Barbara Glenn, who he dated for two years, smashed the predicted selling price of $25,700 (£16,060) when they went under the hammer at Christie's on Thursday (24Nov11).
In the letters, Dean writes about feeling homesick while filming a movie and he also criticises a Broadway staging of The Immoralist.
The messages were sold by Glenn's son, filmmaker Keith Gordon.
The Hollywood icon died in a car accident in 1955. 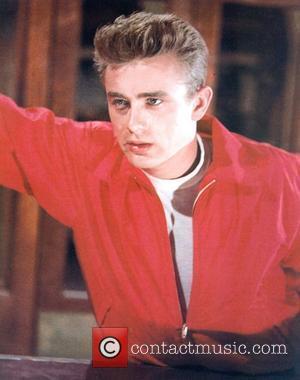