It must much more exciting than the studio show.

Can you imagine just chilling out at home with your housemates when suddenly James Corden shows up on your doorstep with the entire crew from 'The Late Late Show'? Well, that's exactly what happened to one set of friends last night (March 16th 2016) in Los Angeles for the one-year anniversary of the show. 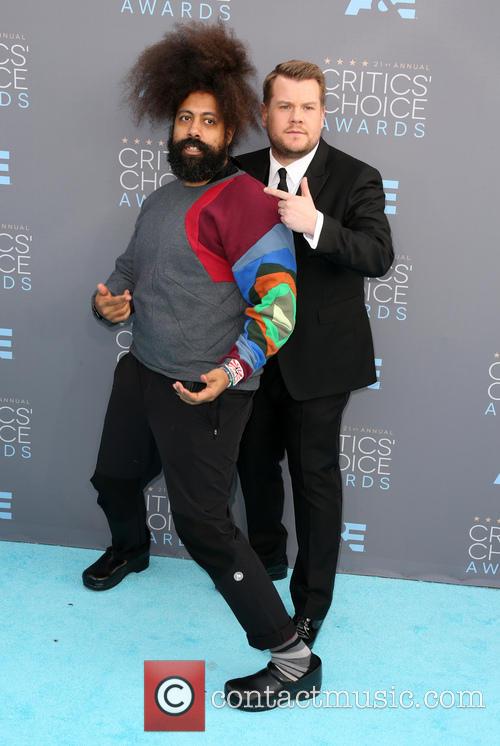 Echoing last year's antics when he arrived at a stranger's house during his second week as host, James Corden took to the streets of LA once again to find another household willing to play host to the British presenter himself, his crew, and a string of celebrity guests for a live airing. While his charm initially failed him at first (most neighbours didn't seem entirely keen on the idea), he eventually came across Natalie and her housemates Taylor, Melodie and Adam, who were only too willing to accomodate them.

It's just as well because, despite the fact that Corden and producers had planned to have a bunch of guests, it had started to look like no-one wanted to join in in the neighbourhood. 'Imagine if we just did this for one hour,' he said. 'This is the worst show in the world, we've got guests and everything.'

The unsuspecting members of the household that did get involved though were even introduced as guests on the show by Corden, who did his best to create a make-shift stage area by moving about some furniture and setting up all the camera and sound equipment. Among some of the famous guests that joined them were Colin Farrell, Wanda Sykes and Demi Lovato, who performed her single 'Stone Cold'. They were also introduced to a few pretty incredible animals from a skunk to a bald eagle, and all of them enjoyed pizza and chicken wings and a big ol' game of hide and seek.

Not a night these friends are going to forget.