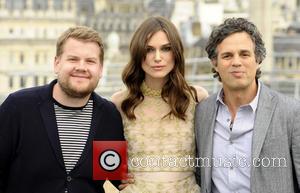 In April (14), the Scottish comedian announced his plans to step down from the programme by the end of the year (14) after nine years at the helm of the off-beat chat show.

Now Corden, who is set to hit the big screen as The Baker in the highly-anticipated Into the Woods movie musical, is preparing to step into Ferguson's shoes, according to TheWrap.com.

Representatives for Corden, The Late Late Show network CBS and production company Worldwide Pants have yet to comment on the rumour.

Comedian Stephen Colbert has been handed the task of presenting The Late Show once Letterman bows out next year (15).