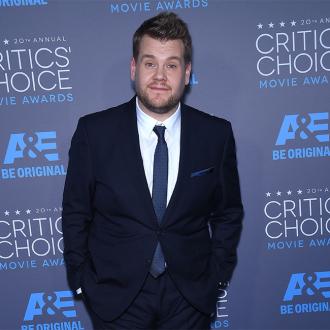 The 36-year-old TV personality, who recently starred alongside Emily Blunt and Meryl Streep in the Disney movie 'Into The Woods', has revealed he's keen to see the new 'Fifty Shades of Grey' film, but joked it might not be sufficiently racy for his liking.

He said: ''I cannot wait. I'm a huge fan of Jamie Dornan's. And I love bondage. I'm just worried that it won't be dark enough for me. I'm into some quite dark stuff.''

James also said he's looking forward to starting work on 'The Late, Late Show' in America, revealing he's eager to have One Direction appear as guests.

He told E! Online: ''I've known them for a long time, that band, and I love them all very much.

''I class them all as friends and I've known Louis [Tomlinson] since before he was in One Direction.

''They're really special boys. I love them very much. I can't wait for them to come on the show.''

James also explained he's been offered advice by other US talk-show hosts.

He told Vanity Fair: ''Everyone has been great. I had a great chat with Jay Leno the other night on the phone. He was absolutely adorable. And Jimmy Fallon and Seth Meyers [have also reached out].

''Mostly people just say, 'You've got to be yourself,' you know? Which I think means our show is going to be a disaster. But we'll try.''