He sings 'Santa Claus Is Comin' to Town' for the festive special.

It wouldn't be Christmas without James Corden's Carpool Karaoke special. He teamed up with Reggie Watts on 'The Late Late Show' for a lively rendition of the holiday classic 'Santa Claus Is Comin' to Town', complete with some very special guests from throughout the year. 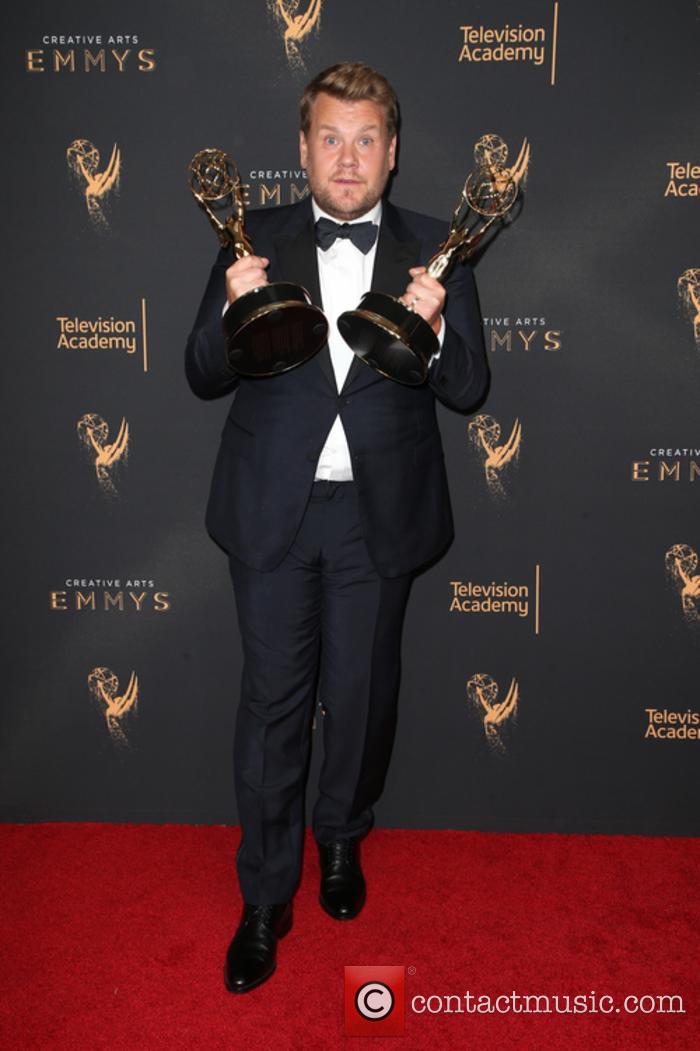 James Corden at the 2017 Emmys

The host wrapped 2017 with a round-up of this year's guests singing along to the 30s Christmas tune 'Santa Claus Is Comin' to Town', introduced by James with the leader of 'The Late Late Show''s live band Reggie Watts - both in festive sweaters and Santa hats.

'The great thing is about this time of year, I feel like it's the only time we're not judged for driving to work dressed like this', James joked.

The best moment was when James and Harry shared a romantic kiss. The pair are obviously super close; Harry even stepped in to host the show last night (December 12th 2017) with just two and a half hours notice when James had to rush off to hospital because his wife was giving birth to their third child. The baby ended up being born half an hour before the show started.

'Before we go any further, I would like to address one thing', Harry said in the opening monologue. 'Over the past 24 hours, a lot of people have been talking about the kiss that James and I shared on last night's Christmas Carpool Karaoke. So I'd like to take an opportunity to announce that we will also be having a baby.'

More: James Corden does a hilarious duet with Kristen Wiig on 'The Late Late Show'

Last year, James Corden did a Christmas montage for Mariah Carey's tune 'All I Want For Christmas'.