James Corden is putting his acting career on hold so he is able to fully focus on his talk show 'The Late Late Show'. 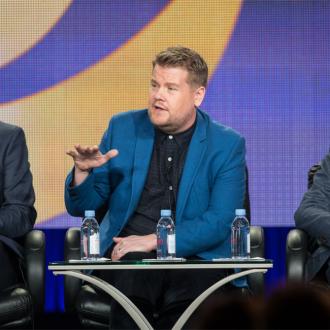 James Corden is putting his acting career on hold to focus on 'The Late Late Show'.

The 'Into The Woods' star took the helm of the US talk show from Craig Ferguson in March and is taking a break from his other ventures in order to make sure the programme is as ''good'' as he can make it.

He told BANG Showbiz: ''I have a couple of things that are due to come out next year. But yeah, I have to give my all to 'The Late Late Show' and commit to it being good. And then, you know, I hope to carry on acting when that's done.''

In order to attract viewers to the show, the 36-year-old presenter and the show's producer, Ben Winston, are keen to enlist the help of their celebrity friends such as One Direction to make appearances.

Speaking before the show began to air, a source said: ''Ben and James are trying to attract big names for the March launch. The idea is for One Direction to be the show's house band.

''They know they need to create a splash. James is a virtual unknown in the States but he has more than four million Twitter followers so they are going to drum up attention that way.

''James is tapping up all his celebrity friends, including David Beckham and Simon Cowell. He's very nervous but determined to give it his best shot.''