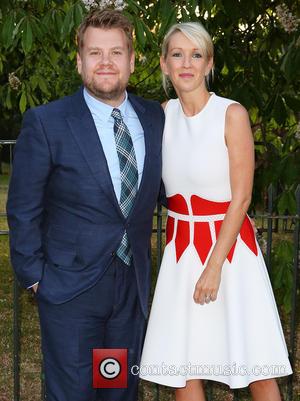 The pair appeared in the special telecast called Think It Up on Friday (11Sep15), which is an initiative by the U.S. government to support public education across the country.

The Late Late Show host has a Carpool Karaoke skit as a regular segment on his show, in which he drives stars to work while they sing along to the radio. He has previously duetted with Justin Bieber, Jennifer Hudson, Rod Stewart and Mariah Carey.

In the new clip, the duo sing a medley of Wonder's hits, including Superstition, Sir Duke, Isn't She Lovely and Signed, Sealed, Delivered (I'm Yours). Corden then asks the music legend to speak to his wife Julia, and he serenades her with I Just Called To Say I Love You. The talk show host is visibly moved, and later tells Wonder that he's scored "major Brownie points" in his marriage with the stunt.

The segment was shown during Corden's Late Late Show on Monday (14Sep15).