James Corden has kept his promise of making his London 'Late Late Show' residency as silly as possible in the wake of the city's terror attacks by dressing up as Victoria Beckham - much to her ex-footballer husband's delight. He actually looks rather graceful. 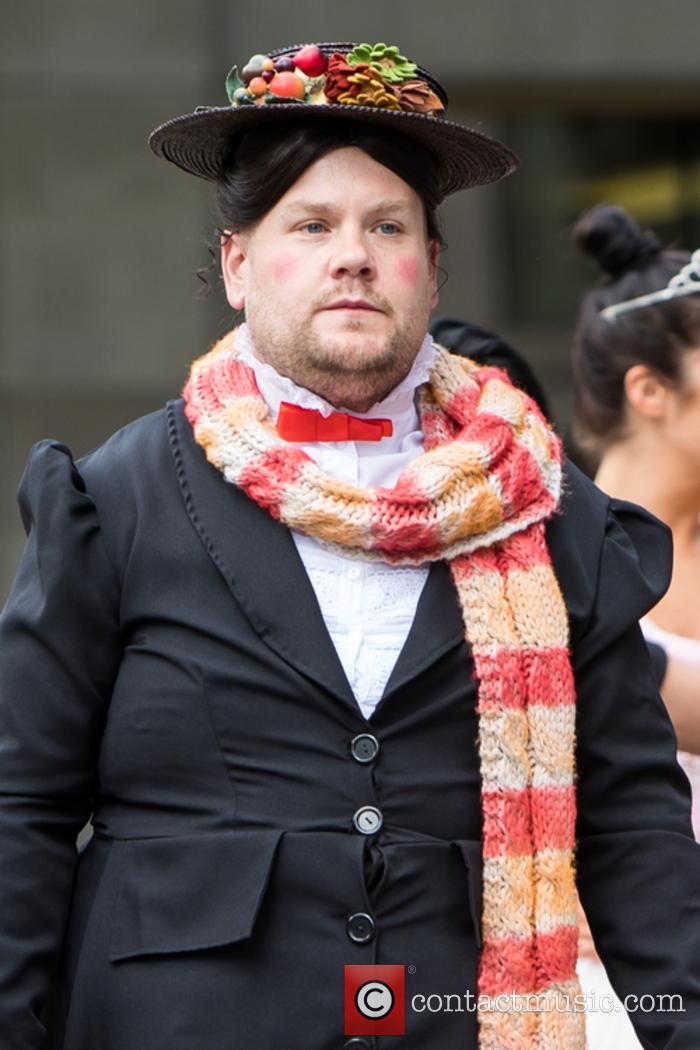 The talk show host donned a wavy brunette wig, a white fur jacket, glittering earrings and what looks like a black sequined top in sneak preview photograph of his forthcoming 'Late Late Show' episode. With a glamorous boudoir backdrop, David Beckham stood next to him in a tuxedo, starring earnestly into the camera while adjusting his sleeves as James looks upon him admiringly.

David posted the shot on his Instagram account yesterday (June 8th 2017) without a proper caption, but the wordless notion told us everything. It's not clear whether or not Posh Spice herself will be making another appearance on the show, following her stint on Carpool Karaoke in May.

Still, it's not the first time James Corden has dressed as a woman since being in London. Earlier this month, he channelled his inner nanny with his Mary Poppins outfit in central London, accompanied by two children dressed as Jane and Michael Banks. He and a group of performers set up a song and dance number in the middle of a pedestrian crossing - but we're not sure how many people would've been annoyed about being held up by these guys.

David Beckham also posted a shot of himself - in his tuxedo again - having a lot of fun playing a game of poker with a martini on the side. 'Some late night bonding with [James Corden on the [Late Late Show] tonight', he wrote in the caption.

More: James Corden praises his country in the wake of London terror attacks

This week, James insisted that he was bringing 'the silliest, stupidest, most fun-packed shows we've ever made' to London to show that his home nation was not one that was going to be intimidated by the terrorists that killed eight people by London Bridge. He's certainly living up to that promise.