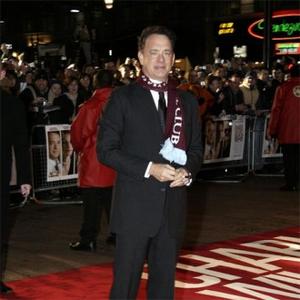 'Toy Story 3' was the highest grossing film of 2010, taking over one billion dollars at the international box office.

The eagerly anticipated follow up to the first two movies in the series telling the tale of toy cowboy Woody (Tom Hanks) and his astronaut sidekick Buzz Lightyear (Tim Allen) was one of a host of children's movies which dominated the top ten.

It is now ranked as the fifth highest-grossing film of all time - without taking inflation into account - behind James Cameron's 'Titanic' and 'Avatar', 'Lord Of The Rings: The Return Of The King' and 'Pirates Of The Caribbean: Dead Man's Chest'.

Tim Burton's 'Alice in Wonderland' took second place in this year's list - also raking in over one billion dollars worldwide - despite harsh reviews from the critics.

'Harry Potter and the Deathly Hallows Part One', Christopher Nolan's 'Inception' starring Leonardo DiCaprio and 'Shrek Forever After' rounded out the top five.

'Inception' is also the only film in the top 10 that isn't animated, a sequel or a remake.

The latest instalment of the successful 'Twilight Saga' movies, 'Twilight Saga: Eclipse' took sixth place, while 'Iron Man 2', 'Despicable Me' and 'How to Train Your Dragon' following closely behind.

'Clash of the Titans' starring Liam Neeson and Sam Worthington came tenth in the list.