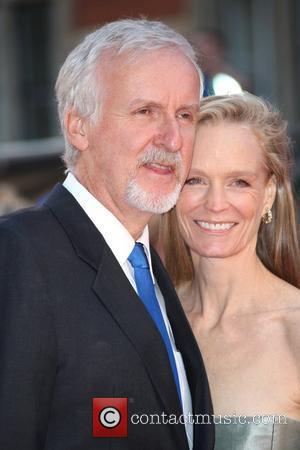 The original stars of Titanic were out in force in London on Tuesday evening (March 27, 2012) to celebrate the release of the re-mastered 3D version of the classic drama. Though director James Cameron has hailed the new version as a thrilling piece of cinema, its stars could only cringe at their performances from the mid 1990s, reports the UK's Daily Mirror.
Lead actress Kate Winslet has come a long way since then, picking up a couple of Oscars as well as plenty of critical acclaim. Wearing a sleek Jenny Packham gown on the red-carpet at the Royal Albert Hall, the actress described watching the film again as a "profoundly weird experience", saying, "My American accent was bad!". Though the likes of Billy Zane also made the event, Kate's co-star Leonardo Dicaprio was unable to attend because of his commitments to Quentin Tarantino's new movie Django Unchained. Winslet spoke fondly of their time shooting Titanic together, saying, "Leo is a very big part of my life. I'm very fortunate to find that friendship with the film hit it off right away."
Despite not making the premiere, DiCaprio has seen a little of the 3D movie, according to his director James Cameron, who told OK Magazine the actor also wasn't happy with his performance, saying, "I didn't show him the whole film but I showed him 18 minutes of it a few months ago.He couldn't believe it. He said to me, 'I'm such a young punk. Look at me.' He was practically crawling under the seat. It was a good moment".