James Cameron is set to make a 3-D documentary film about the plight of the Xikrin-Kayapo tribe in Brazil. 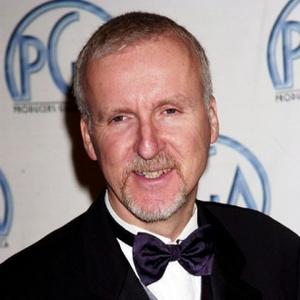 James Cameron's next project will be a documentary about the indigenous people of South America.

The 'Avatar' director has said he will head to Brazil in the near future to work on a 3-D piece about the Xikrin-Kayapo tribe, who invited him to create a film about them.

He told the Folha de Sao Palo newspaper: "I want to return to meet some of the leaders in the Xikrin-Kayapo tribe who invited me.

"I want to take a 3-D camera to film how they live, their culture."

The area where the tribe lives is under threat because of a hydroelectric plant green-lighted by Brazilian President Lula Da Silva which could lead to widespread flooding - a story similar to that of 'Avatar'.

Canadian-born Cameron recently revealed he had lots of other projects he wanted to work on prior to shooting 'Avatar 2'.

He said: "I'm sort of weighing this constellation of really cool things that I want to do. I do want to do another 'Avatar' film, probably two, and I'm talking to Fox about that right now.

"There's a strong possibility that I might insert one of these other movies in between before that. It's all up in the air right now."