James Cameron says Steve Spielberg beat him to securing the film rights to Michael Crichton's 'Jurassic Park' novel by ''a few hours'', but the helmer admits he wouldn't have been the ''right person'' to make the resulting movie because he wouldn't have made it for kids. 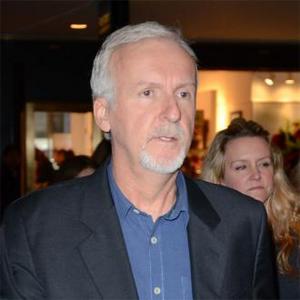 James Cameron says Steve Spielberg beat him to securing the film rights for 'Jurassic Park' by ''a few hours''.

The 'Titanic' director was desperate to purchase the rights to Michael Crichton's novel, but after watching the Spielberg-helmed 1993 movie he realised he wouldn't have been the ''right person'' for the project because he would have included aliens in the film which ''wouldn't have been fair'' on kids.

He said: ''I tried to buy the book's rights and he beat me to it by a few hours.

''But when I saw the film, I realised that I was not the right person to make the film, he was. Because he made a dinosaur movie for kids, and mine would have been aliens with dinosaurs, and that wouldn't have been fair.''

James insists his version of 'Jurassic Park' would have been ''much nastier'' than Spielberg's film - which starred Samuel L. Jackson, Sam Neill and Jeff Goldblum - and he thinks the 'Jaws' helmer had the right ''sensibility'' for the project.

He added to the Huffington Post: ''Dinosaurs are for eight-year-olds. We can all enjoy it, too, but kids get dinosaurs and they should not have been excluded for that. His sensibility was right for that film, I'd have gone further, nastier, much nastier.''