James Cameron has revealed plans to make the fourth 'Avatar' movie a prequel. 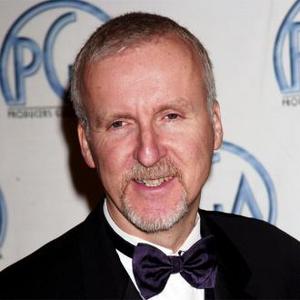 James Cameron is planning to make an 'Avatar' prequel.

The 'Titanic' director revealed he has ''an idea for a fourth'' movie in the franchise and revealed that the forthcoming motion picture will tell the story of the ''early expeditions'' on the moon Pandora.

He told MTV News: ''I haven't really put pen to paper on it, but basically it goes back to the early expeditions of Pandora, and kind of what went wrong with the humans and the Na'vi and what that was like to be an explorer and living in that world.''

Producer Jon Landau revealed earlier this year that the director and crew will be shooting the second and third film back-to-back, with Zoe Saldana and Sam Worthington rumoured to be returning as lovers Neytiri and Jake Sully.

James also revealed he is keen to introduce some new characters to the franchise.

He explained: ''The only thing left to do is go back to see what it was like on those first expeditions and create some new characters that then become legacy characters in later films.''

James described the process of writing the scripts as ''daunting'' and compared it to Peter Jackson's 'Lord Of The Rings' franchise, which is based on the book series by J.R.R. Tolkien.

''Now if I had a time machine I could go forward and watch the movies and then come back, but I don't!''