The Informationist: James Cameron Looking at Life Beyond ‘Avatar 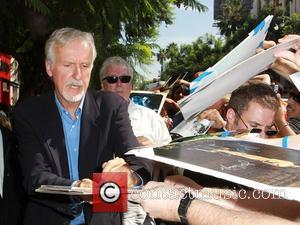 James Cameron is already looking ahead to life beyond his two ‘Avatar’ sequels. Err, steady on Jim, might it not be worth getting those out of the way first? According to The Los Angeles Times Cameron's production company, Lightstorm Entertainment, has optioned the rights to ‘The Informationist’, the debut book by Taylor Stevens, with plans for Cameron to direct it for 20th Century Fox.

The story is set in Africa and follows a researcher hired to help find the daughter of a Texas oil billionaire. Jon Landau, Cameron’s producing partner, commented "This is one of the most cinematic books I’ve ever read, and it's got all the classic Jim Cameron elements - a female protagonist who is smart, physically adept and skilled, great action, an unexpected love story."

Landau continued, adding that Cameron would hire a screenwriter to adapt it while he's in production on the ‘Avatar’ sequels. "The writing process, the perfect time to do that is when you’re in production on something else," he commented. "You need the relief during the process of making a movie like 'Avatar' where you can escape on a weekend and read a draft." Oh enough of that already, Landau, quit holding out on us, when are the ‘Avatar’ sequels actually getting going? "We don't have a shooting script, but we have a direction we're going in.” Well that’s no help whatsoever.