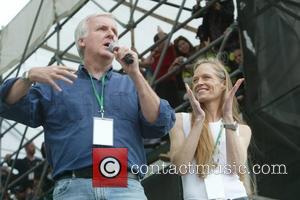 Predictions that sales of the DVD and Blu-ray version of James Cameron's Avatar would be weakened by the current lack of 3D home video have not only not come about but, it would seem, sales of the discs are likely to set new records. On Tuesday, 20th Century Fox Home Entertainment said that sales of the Avatar discs had already reached 19.7 million units after three weeks. That compares to The Dark Knight 's total after three weeks of 16 million units. Of the total, 6.2 million represent sales of Avatar Blu-ray discs, making it far and away the biggest Blu-ray debut in history.