Veteran Actor James Caan Has Reported Back To The Set Of His Movie Operation Insanity Following His Hospitalisation On Tuesday Night (29sep15). 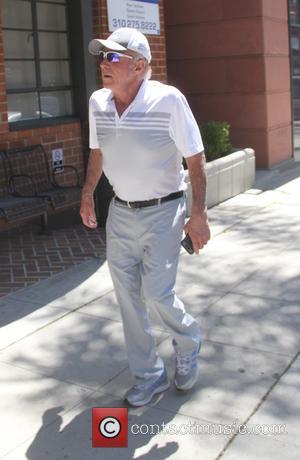 The Godfather star was rushed to a hospital in Toronto, Canada complaining of chest pain, and he was diagnosed with a mild infection.

He was released from the medical facility by Wednesday (30Oct15) and took time off work to recover.

However, less than two days after his hospital visit, Caan, 75, headed back to work on the comedy Operation Insanity, according to TMZ.com.

A representative for the Misery legend previously said, "He will be back to work in just a few days and is doing fine."

Caan has endured a busy schedule over the last few months.

He has been filming a number of movie projects, including Mikow, which is due out later this year (15).

Other shoots he has been working on include upcoming thriller The Waiting, Acre Beyond the Rye, Stark Raving Normal and Sweetwater.