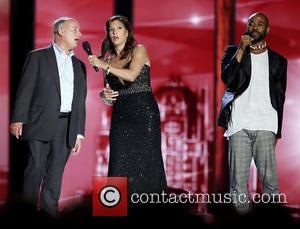 Abrams passed away on Saturday morning (03Oct15) at his home in Ohio following a battle with cancer.

Reports suggest he was diagnosed with the disease just three weeks ago following a routine colonoscopy.

Abrams is best known for his work with Motown Records founder Berry Gordy.

He was the music mogul's righthand man since before the record label was set up in 1959.

He left the label in 1967 to set up his own public relations firm.

Over the years he worked with clients including James Brown and the Stax Records label.

He later turned to writing and even put together a Motown-inspired stage show to mark Motown Records' 50th anniversary.

The 2009 production featured Martha Reeves along with members of The Contours and The Temptations.

"He worked like a partner to Berry Gordy," Reeves previously said of Abrams. "In those very first days (of the label), when music was always getting categorised - R&B or pop, black or white - Al was the one who broke down a lot of doors. He was very, very important in our progress. It was his efforts that got us through the doors that were always shut to us."