'Spectre' director Sam Mendes is throwing a top secret 50th birthday bash for himself to celebrate him reaching the landmark date on Saturday night (01.08.15). 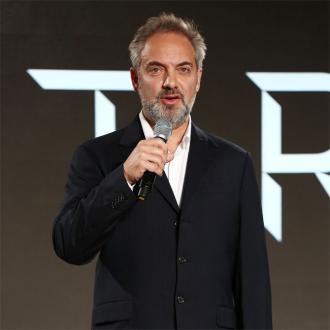 The director reaches the landmark age at the start of the new month and has organised a bash as shrouded in mystery as his next 007 adventure 'Spectre', the film he is currently finishing off.

Mendes has given invited guests information on a need-to-know basis but he does have one concern about the celebration - that he gets ''tipsy'' and gives away some secrets about his Bond movie, which sees Daniel Craig reprise his role as the secret agent for a fourth time.

A source told the Daily Mail newspaper: ''Only the guests know where it will be held. Sam has joked that his main aim is not to get so tipsy that he unwittingly reveals plot details for the new Bond film.''

The guest list is a closely guarded secret, but it is rumoured that Craig and his wife Rachel Weisz will attend as well as other members of the 'Spectre' cast.

Mendes was previously married to actress Kate Winslet, with whom he has 12-year-old son Joe.

He most recently had a romance with Hollywood star Rebecca Hall but they are believed to have now separated.