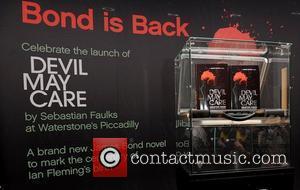 Former James Bond star SIR Roger Moore was once embroiled in a fistfight with fellow actor Lee Marvin, after the late star mistook a choreographed fight scene for real life.
The pair starred together in 1976 movie Shout At The Devil, and Moore recalls his colleague often staggered on to the set suffering from a hangover.
And during a crucial moment of filming, Marvin got confused when Moore threw the first staged punch of the fight scene - and hit him back for real.
Moore says, "I loved Lee, he was larger than life. However, he did drink and some days he'd come on set with rather red eyes.
"On the day of the big fight, his eyes were more red than ever and he actually thought it was a real fight. He swung at me very hard. Luckily I dodged his fists."
Marvin died of a heart attack in 1987 at the age of 63.