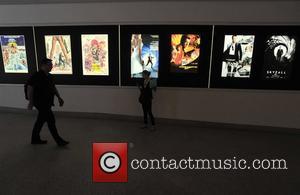 Fictional superspy James Bond has been named Hollywood's most influential man in a new online poll.

The secret agent, currently portrayed by Daniel Craig in the 007 movies, beat the world's fastest man, Olympic gold medallist Usain Bolt, to the top of AskMen.com's survey, leaving the athlete trailing at two.

Explaining their choice for number one, website editors claim Ian Fleming's spy creation "has always fit right in with the times", adding: "James Bond has been influencing men for six decades, and he's not done yet."