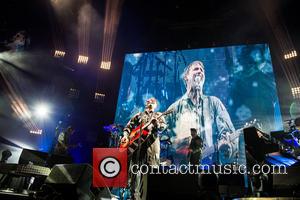 British singer James Blunt inspired his sister to set up a money-making business by buying her a motorised rickshaw.

The You're Beautiful hitmaker purchased a 'tuk tuk' from Thailand to help him travel around his luxury estate on the Spanish island of Ibiza.

He has since bought his sister one of the high-speed carts, which are popular in Asia, and she has now started a business by renting it out for weddings.

Blunt tells Australia's Herald Sun newspaper, "It was my pop star moment. They're f**king brilliant. I got one for my sister. She rents them out for weddings now."

The singer also joked about setting up a taxi business with his own vehicle, adding, "I've got a taxi sign on mine, I pick people up in my tuk tuk in Ibiza. I'm being deadly serious. I would hope to think I'm quite a good driver. It does 70 miles per hour, which is fast for a three-wheeled vehicle with no protection. They say 'Aren't you the guy that sings that song?' and I go 'Yep, that'll be five Euros.'"