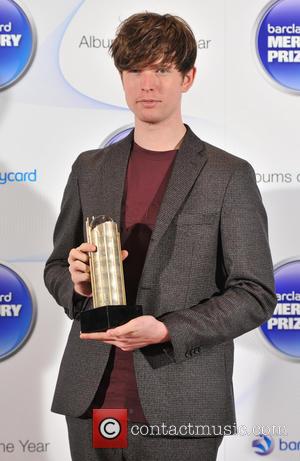 The electronic music star was named as the recipient of the prestigious $30,000 (£20,000) award for the most groundbreaking record of the last year at a ceremony in London on Wednesday night (30Oct13).

Collecting the honour, Blake choked back tears as he thanked his parents for their support, adding, "Thank you so much everyone."

Blake beat out competition from other acts including David Bowie, Arctic Monkeys, and hot favourite Laura Mvula to win the award.