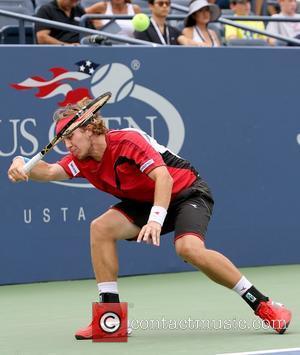 British singer James Blake has given fans the green light to illegally download his new album as he is convinced the music industry has become a "sinking ship" since the rise of digital piracy.

The Wilhelm Scream hitmaker is releasing his second album, Overgrown, on Tuesday (08Apr13), but doesn't believe many devotees will use legal methods to download the record.

However, Blake insists he isn't angry about losing money to piracy.

He tells Britain's The Guardian, "Why wouldn't you (illegally download music)? My label (Universal) is hoping that on 8 April you'll do the right thing and click the 'Buy' button... I'm starting not to care, to be honest. Things are changing. The ship (music industry) isn't just going down. There are people trapped inside, bashing on the windows trying to get out."