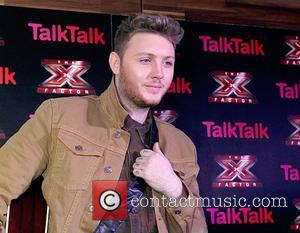 The X-Factor has been a bit of a joke this yeah, hasn't it? Rylan Clark, with his monstrous lack of talent and baffling level of ignorance managed to go far; too far, while Christopher Maloney has managed to still be in the running despite having little to no potential to sell records. He's got his Gran to have a go at people like us.

"Those comments, they might as well say them to me - they're cutting me in two even worse," she explained, according to The Sun. "It's a tactic, I think. It's one way of swaying the votes. It's like bullying. Nobody else on the show gets those comments." She added: "I'm behind Christopher all the way but it's killing me doing it." Granny Pat got pretty annoyed last week when Christopher gave a good performance but still came in for criticism. She said: "I could cry sometimes. Even when they do say he has sung well they criticise something else, like the dancers behind them last week. He didn't pick the dancers." Poor nan, we know how she feels, but the truth is, even though Maloney is trying his hardest; he's easily the least talented act left in the competition, and that's only because Rylan's gone.

This weekend's X-Factor fun sees Jahmene Douglas, James Arthur, Union J and of course, Granny's boy, Christopher Maloney gunning it out for a place in the final.