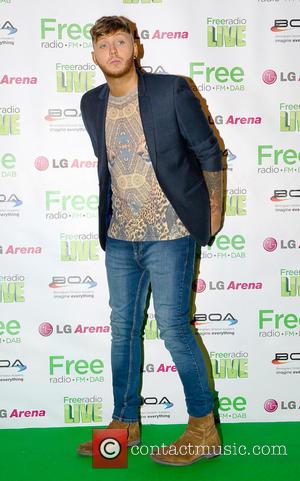 Embattled British pop star James Arthur is battling depression and anxiety attacks following a public backlash, according to his sister.

The singer, who won Britain's The X Factor last year (13) and went on to have a hit album with his eponymous debut, has faced a storm of criticism in recent weeks after using the term "f**king queer" in a rap.

Fans of the Tv talent show have flocked in their thousands to Facebook.com to demand that producers ban him from performing on Sunday night's (01Dec12) live episode, and now his older sibling Sian has revealed the furore has taken its toll on the star's health.

She tells Britain's Sunday Mirror, "We've been so worried about him this week, he's been diagnosed with depression and anxiety attacks.

"He put it really simply to me. He just said, 'Fame has mentally broken me'. Sometimes I wish he'd never won X Factor.

"Despite finally having what he's always wanted, he says he feels like a caged animal surrounded by yes-men and is really lonely."

Last month (Nov13), Arthur scrapped a series of shows and appearances due to "acute exhaustion". He is still slated to perform on The X Factor in the U.K. on Sunday.