James Arthur underwent laser eye surgery last week after wearing glasses and contact lenses for much of his life. 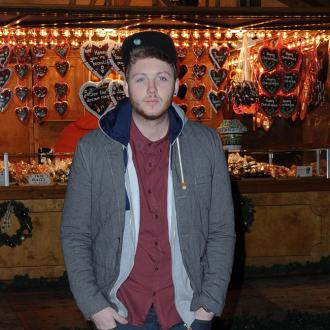 The 'X Factor' winner decided to have the procedure to correct his vision after wearing glasses and contact lenses for much of his life.

The 26-year-old star admitted it took him ''longer than normal'' to recover, but claims he can now see perfectly.

He wrote on Twitter: ''So I had laser eye surgery last week!''

He added: ''Because I had a large prescription it's taken longer than normal to recover but I'm now seeing 20/20!''

James shocked fans on the ITV reality series in 2012 when he was given a makeover on the show and ditched his signature black rectangle spectacles in favour of contacts.

He admitted at the time: ''I only wore the glasses because I didn't have any contact lenses. And I just wore NHS glasses, it wasn't a style thing. That was me not being vain, wearing the most ridiculous pair of glasses I could find. ''

The 'Recovery' hitmaker was automatically signed to Simon Cowell's Syco record label after winning 'The X Factor' almost two years ago, but confirmed earlier this year that they had parted ways.

In June, he tweeted: ''Just to clear things up - I am no longer with Syco. I would like to thank all at the label for making a great record with me ... I now have to move on and do something different - the future is bright! #LOVE (sic)''