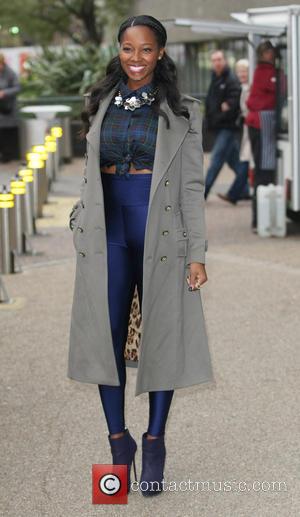 British pop star Jamelia has completely forgiven the former partner who subjected her to years of domestic violence.

The Superstar hitmaker opened up about the physical and emotional abuse she suffered in support of make-up brand Avon's Shine Light and Speak Out Against Domestic Violence campaign.

Years of violence at home left the singer fearing for her life, but she is determined to ensure her daughter does not grow up believing domestic abuse is normal.

She tells Britain's Daily Mirror newspaper, "I was only 18 when the abuse started. It a very successful time for me. I would be going to an awards ceremony and performing on (British music Tv show) Top Of The Pops, then I would be going home and getting beaten up. Then the next day I'd have an interview. If I had a split lip or a bruise I could conceal it with make-up or an excuse."

The singer escaped the abusive relationship and wrote her 2004 hit single Thank You about the experience, but insists she has now completely forgiven her former lover and has even explained the situation to their daughter.

She says, "I'll never regret leaving my ex, but the strange thing now is he and I are now friends. I've 100 per cent forgiven him. I think he was stupid and cowardly for making me suffer, but if I was to hold a grudge against him for the rest of my life then I wouldn't be able to move on with my life and I'm so happy right now... Last week my daughter asked me about the situation... and I told her. It's important that she is aware that it's not normal and not right."