Jake Pavelka To Fly New Girlfriend Around The World 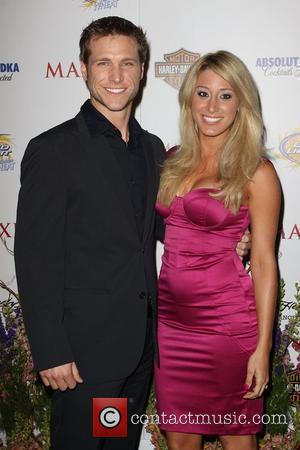 Jake Pavelka, the American pilot and television personality, recently stepped out with his new girlfriend MEGHAN JONES, and the 32-year-old says he's planning to fly her around the world, reports USA Today. Pavelka appeared on the tenth season of Dancing With The Stars with partner Chelsie Hightower.
Pavelka was accompanied by his new girlfriend Jones to the red carpet party for the 200th episode of the hit dancing show, and he says he plans to treat the wedding-planner from Dallas to some trips away, saying, "One of the greatest things about being a pilot is being able to jump on a plane to Australia spur of the moment. We may go there or Bangkok or Bali. We've been looking at the weather, so that will help us decide".
The 32-year-old added that he's now happy to settle down and concentrate on being a pilot after recently enduring personal problems. When appearing on the 14th season of the reality show 'The Bachelor', Pavelka proposed to one of the contestants VIENNA GIRARDI, however, the couple went through a nasty public split earlier this year.

Jake Pavelka To Fly New Girlfriend Around The World