In a summer of celebrity splits, Jake Owen is the latest star to announce his separation from his wife, model Lacey Buchanan. The country music star announced the news via Twitter on Friday (7th August). 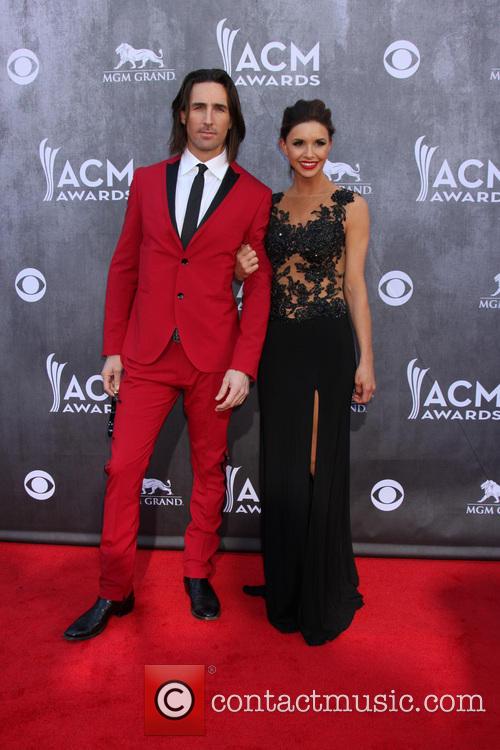 Jake Owen and Lacey Buchanan at the ACM Awards in 2014.

Owen issued a lengthy statement on Twitter in an attachment, adding a more personal message for his 1.69 million followers. 33-year-old Owen described his split as “the hardest thing” he’s ever done and, reiterating the statement, asked his fans to respect his privacy at this difficult time.

‘Country music star Jake Owen and his wife Lacey Buchanan have decided to divorce after three-years of marriage,’ the statement reads.

‘"I wanted to let my fans know how much I've appreciated their love and support of not only my career, but my family as a whole," Owen said in the statement.

"Sadly, Lacey and I have decided to end our marriage. We want to focus on our daughter Pearl and make sure that she has a beautiful life with loving parents. We appreciate you respecting our privacy during this time."

The former couple met in 2009 when Buchanan appeared in Owen’s music video for ‘Eight Second Ride’, as E! reports. Owen and Buchanan married in May 2012 at Owen’s hometown of Vero Beach, Florida. They had become engaged the month before, when Owen proposed whilst performing on stage in Florida. Their daughter, 2-year-old Olive Pearl, was born in November of the same year.

Owen and Buchanan are one of many celebrity couples to announce their split this summer. Last week, Gwen Stefani and Gavin Rossdale filed for divorce after 13 years of marriage. Whilst in the world of country music, Miranda Lambert and Blake Shelton announced their split in July. 'I haven't been this happy in 15 years': Jake Owen loves life in lockdown