The actor loved the confidence boost of major boxing training, but it's not something he's try again too soon.

At 34, Jake Gyllenhaal is enjoying the chance to take risks in his career. After earning critical raves in last year's freak-out Nightcrawler, he has transformed himself physically into a lean, mean boxing machine for Southpaw. 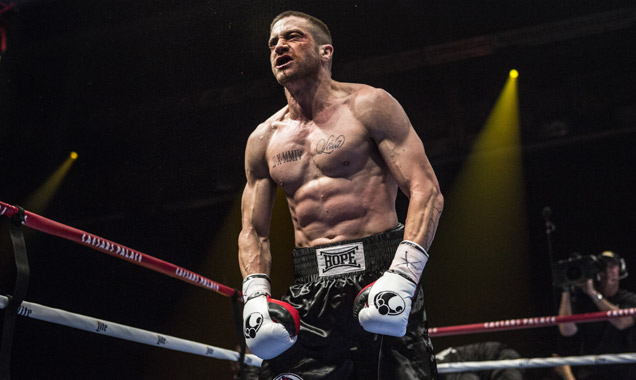 "I just love the idea of exploring, particularly in this period of time in my life, sides of myself that I would be afraid of exploring or afraid to admit," he says of his character Billy Hope. "This guy was trying to figure out his rage and his anger. I'm very curious about my own anger, and anger in general and its effects, and how it can be positive too."

To prepare for the role, the notoriously immersive actor trained as a boxer. "As you learn the skills, that stuff just happens in your mind and in your body," he says. "We shot the fights in the first two weeks of the movie, so I trained for basically five months up to those fights. We shot four fights in a row!"

Watch the trailer for 'Southpaw' here:

Gyllenhaal also says he noticed a big change in his personality after he completed his training. "I think the chemical response your body has when you're in shape like that and training like that is incredibly confidence-boosting," he says. "It really does breed self-confidence and an understanding of yourself, your own limitations and places you can really truly push yourself - not your body but your mind. And that's my favourite thing about the sport."

More: Read our review of 'Nightcrawler'

Even so, he says he won't be rushing to play another seriously trained athlete in the near future. "The amount of time you have to put into it, the sacrifice that you put into your body, it's not something that you're eager to do again. It's a huge commitment," he says. "But all those skills I learned in the ring, I will continue. All those lessons will help on the stage."

Gyllenhaal's next role is as a mountain-climber in Everest, alongside Jason Clarke, Sam Worthington and Josh Brolin. It's due in cinemas in September.

More: Watch the trailer for 'Everest'