'Nightcrawler' Might Be A Psychopath's Success Story, But That's Why We Love It

As the DVD release arrives, Jake Gyllenhaal reveals how 'Nightcrawler' reflects society's own hunger for horror.

As 'Nightcrawler' hits UK shelves today, we delved deeper into the mind of the so-called protagonist. On the surface, it's a movie about a creepy guy with a ghoulish habit of photographing murder scenes, but look more carefully and you won't be so quick to dismiss Jake Gyllenhaal's dubious character as a regular psychopath. 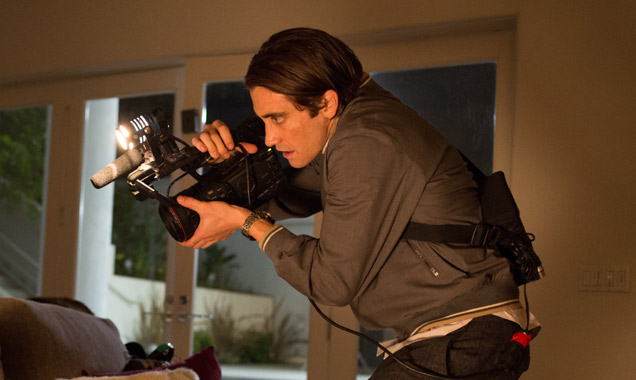 Clearly it's true that there's something a little morbid about showing up at the scene of a brutal killing, camera at the ready and with no intention of informing the police, but is it really so morally different from the global interest in ever more weird and grotesque stories and videos? Jake Gyllenhaal doesn't think so. 'It's a subversive comment on where we are today, not only with media but our need and our desperation for more information as a culture on a global level', he reveals. Though, the only difference being, according to him, is that Lou Bloom is chasing down serious stories while we mostly sit around watching cat virals.

More: Read our review of 'Nightcrawler'

'Information has this equality at this point, where unimportant information is important and important information is unimportant', he continues. 'And that world has created a person like Lou Bloom and allows someone like him to thrive. In my opinion, while we're all looking down at our phones he's focused on the next story and he's making money and getting success from those stories. I see this as a success story.'

Watch the trailer for 'Nightcrawler' here:


Jake Gyllenhaal is an extraordinary actor anyway, but he's really put his heart and soul into 'Nightcrawler'; dramatically losing weight to resemble a man driven by desperation, injuring his own hand by going berserk in an improvised scene with a mirror and of course working alongside producers Jennifer Fox, Tony Gilroy and others on the filmmaking side. 'He just nailed it', says co-star Rene Russo, who was so impressed by his dedication that she was reluctant to distract him. 'I left him alone because, first of all he was starving to death, he wasn't eating, and I think he had to stay so focused in that tightrope that he was walking in terms of how he brought Lou alive.' 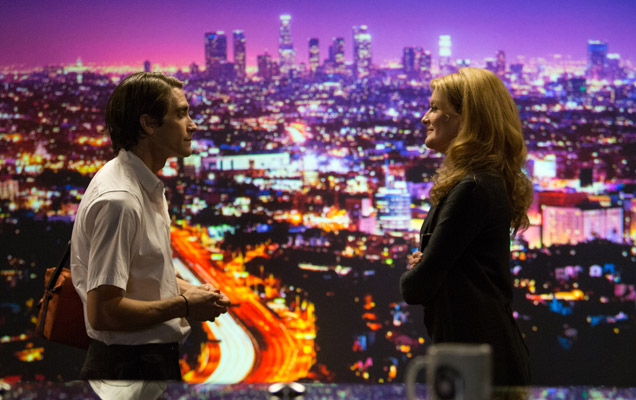 While his performance was undoubtedly impressive, now we have to question whether we love it for that reason, or just because we can relate to that ghoulish curiosity. After all, it is true that horror movies are getting ever more horrific and psychological thrillers much more psychological... and thrilling... due to audiences' increasing resilience to monstrosity.

So even if Lou Bloom is a total creep, no-one who's seen 'Nightcrawler' can deny that they were sometimes rooting for him. A little bit.

If you haven't seen Nightcrawler yet, it is released on DVD in the UK today (March 2nd 2015). 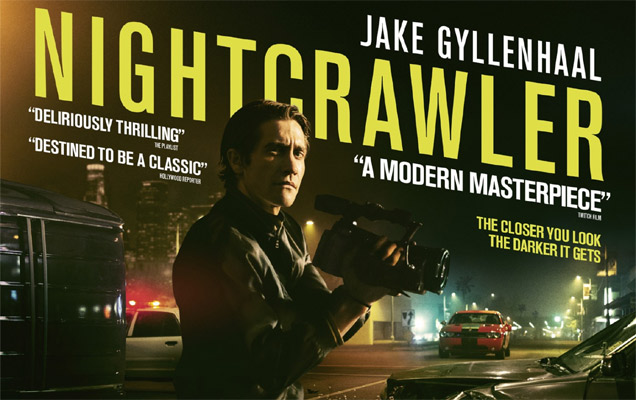