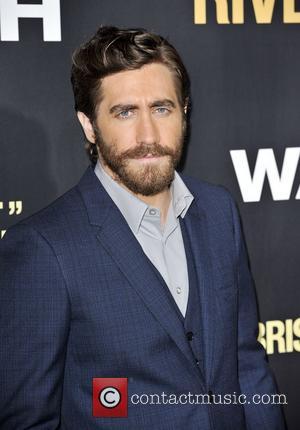 Jake Gyllenhaal is the latest in a long line of actors who are being linked with roles in the much-anticipated film adaptation of the hugely popular book 50 Shades Of Grey. Unlike the likes of Emma Watson, however, who has distanced herself from any rumors that she is going to be involved, Gyllenhaal actually seems to be pretty keen to get involved.

Gyllenhaal was being interview by Ryan Seacrest on his KIIS FM Radio show and was asked if he'd be interested in playing the chief male lead role Christian Grey, to which he replied "Yeah, of course! I always want to work, man, of course." He hasn't been contacted for the part yet apparently - it seems that no one has at this point - but continued to add "That's super flattering. I mean, I have not heard that, but if that's true then that's a nice thing. It's always nice to be considered."

Other actors who have been rumored to be playing the role of Grey include Channing Tatum, Ryan Gosling, Tom Hardy and Matt Bomer and all eyes are on the author of the books E.L James to reveal who she wants to be playing the main character; she has so far remained completely silent on the subject.