'Everest' star Jake Gyllenhaal has revealed he regrets thinking of acting as ''just a job''. 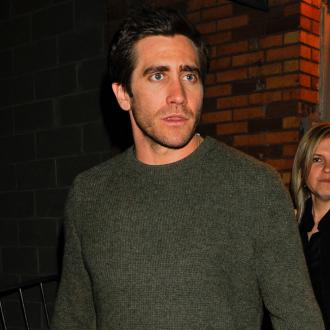 Jake Gyllenhaal regrets thinking of acting as ''just a job''.

The 34-year-old star, who appears alongside the likes of Josh Brolin and Keira Knightley in 'Everest', has revealed he went through a stage in his career when he took his success and status for granted.

He said: ''I feel I've returned to the emotional place I was in when I was acting as a kid.

''At one point in my career several years back I got away from that innocent kind of inspiration and what makes acting truly beautiful, not just a job.''

Jake said spending more time with his sister, actress Maggie Gyllenhaal, has been key to him rediscovering his appreciation of acting.

He told the Daily Mirror newspaper: ''I am enjoying a much more interesting life and connecting to my sister and other friends has been an important change for me. It just feels that I'm on the right track again on so many levels.''

In particular, Jake cited the Ang Lee-directed 'Brokeback Mountain' as the turning point in his career and a movie that helped challenge stereotypes.

He reflected: ''The response to that movie was life-changing and career-changing.

''I think it did help change people's attitudes, overcoming taboos and stereo­types.

''A lot of work still remains to be done to secure equality and respect for gay people, but there's also been a lot of progress.''