'Nightcrawler' premiered at the Toronto Film Festival on Saturday (6th September) and its star Jake Gyllenhaal has been praised by critics for his depiction of a desperate and immoral crime scene journalist.

Jake Gyllenhaal's performance in Nightcrawler has been highly praised by critics ahead of the film's US and UK release.

Read More: Author Claims To Be Son Of Zodiac Killer - Remember The Movie?

Nightcrawler centres on Lou Bloom, a man desperately searching Los Angeles for employment who spots an opportunity when he sees shady photographers filming a car accident and the severely injured driver. Bloom recognises an opportunity and soon becomes a freelance crime scene photographer who chases ambulances and the police to find yet more gruesome stories for the networks he contributes to.

Bloom soon finds he is getting in too deep and sometimes arrives at crime scenes when the incident is still ongoing, often finding himself ahead of the police. The film ponders the morality of modern journalism and the danger of ambition and desperation in a gradually shrinking job market.

Gyllenhaal's menacing Bloom is supported by Rene Russo (Thor), Riz Ahmed (Four Lions), Bill Paxton (Hatfields & McCoys) and Ann Cusack (A League Of Their Own). The film has been written and directed by Dan Gilroy (Chasers), who happens to be Russo's husband. Dan's brother Tony Gilroy (Michael Clayton) has also produced the film.

Critics have primarily focussed on Gyllenhaal's performance and character. THR's Jordan Mintzer felt "Gyllenhaal does a fantastic job channeling Louis' outrageous and overwrought personality, whether he's offering up lame sermons on entrepreneurship or tying his greasy long hair into a knot." The majority have praised the actor and where others have seen fault with the film, including Slant Magazine's Tomas Hachard, they claim it is not Gyllenhaal's performance but "the limits of his character."

Yet it's not just mental preparation for the role Gyllenhaal has focussed on but the physical appearance of his character. The 33-year-old actor lost 30 pounds (2.14 stone) for the role to gain his creepy, unhealthy appearance and pallor, as E! reports. Gyllenhaal's physical appearance has been commented on by critics with the Guardian's Henry Barnes writing "Gyllenhaal, slimmed down and bug-eyed, looks like Nosferatu, but has the manic vulnerability of Andy Kaufman."

Nightcrawler is released in the US and the UK on 31st October 2014. Nightcrawler is in cinemas from 31st October. 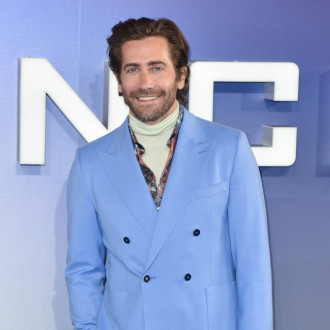 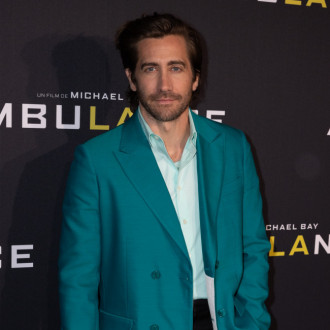