Actor Jake Gyllenhaal Has Set His Sights On Returning To Broadway To Show Off His Singing Talents In A New Musical. 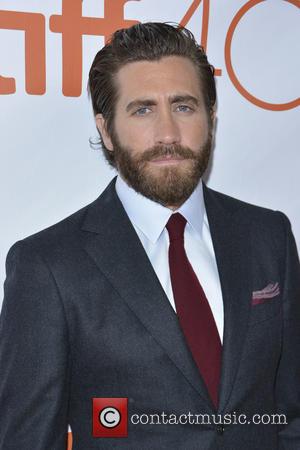 The Nightcrawler star won rave reviews for his vocal efforts earlier this summer (15) when he featured in a limited Off Broadway run of Little Shop of Horrors, in which he portrayed loner Seymour Krelborn, alongside Ellen Greene, who originated the role of florist Audrey in both the 1982 New York stage production and the 1986 film adaptation.

The positive response has given Gyllenhaal a big confidence boost and now he is looking to land a job in a musical on the Great White Way - although he's not sure he would reprise his part as Krelborn if Little Shop of Horrors was picked up for a Broadway revival.

He tells Eonline.com, "I don't know about that show in particular... but I definitely would love to be doing a musical on Broadway in the near future.

"I would love that. It would be a huge honor. There are a lot of really good people who do it really well so you gotta know you can do it well if you're going to do it."

Gyllenhaal made his Broadway debut in the play Constellations, which also earned him high praise last year (14).