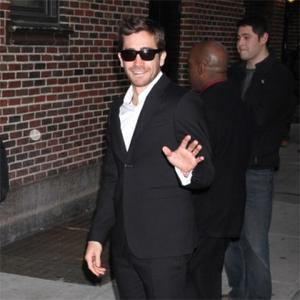 Jake Gyllenhaal wanted to work with Duncan Jones on 'Source Code' because he thought he was "amazing".

The 'Donnie Darko' star plays a soldier who wakes up in another man's body in the movie, and he confesses he wanted a new director to work on the project because of the unusual nature of The Script.

He told Collider.com: "I read the script and I knew it would only work with a director who had an intense, clear vision. When I saw 'Moon' I thought, 'This guy is amazing.' His visual sense, his sense of rhythm. I just said, 'This guy is like the next thing, he is amazing.'

"He was interested In Me to play a role in one of his movies he was writing and I thought, 'I just want to meet him.' In the meeting I asked him to read the script and I sent it to him. I had no idea he wanted to do this movie. Then he said he wanted to do it which was crazy, it was awesome."

Jake - who stars in the film with Michelle Monaghan and Vera Farmiga - recently revealed he wanted to get into directing instead of always appearing in front of the camera.

He said: "That's probably where the future lies for me - but I'm not going to give up the day job just yet. I'd like to see where it goes."