Gemma Arterton: 'I Don't Want To Be In Another Hollywood Blockbuster'

Actress Gemma Arterton Has Grown Tired Of Appearing In Hollywood Blockbusters And Has Urged Her Agent To Stop Sending Her Scripts For Big-budget Movies. 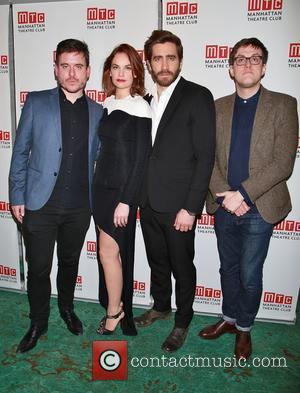 Picture: Michael Longhurst, Ruth Wilson, Jake Gyllenhaal and Nick Payne - Shots of a host of stars as they arrived for the Opening night after party...

The Brit, who appeared opposite Jake Gyllenhaal and Sam Worthington in Prince of Persia and Clash of the Titans, respectively, admits she didn't have fun on the blockbusters and has no plans to star in another.

She tells British newspaper The Independent, "At the time I really thought I had to say yes to those films. I even have emails from people saying, 'You must do this film, it's the right choice and strategy'. Sometimes I think the Hollywood mentality... what is the aim there?

Arterton even took issue with her role as a Bond girl in Quantum of Solace: "I wasn't happy about it. It wasn't like, 'Oh my God, I'm going to be working with these people and it's a dream come true.' It was a great experience and fun to go to all those places, but the work wasn't so interesting."