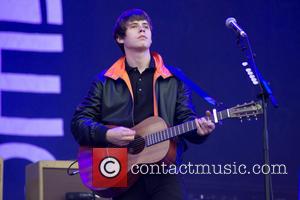 British musician Jake Bugg fears he can never return to live in his hometown as he would be targeted by violent robbers.

The Lightning Bolt hitmaker grew up in Nottingham, England but admits he has been to living out of suitcases in hotel rooms since shooting to fame in 2011.

Despite having his eye on buying a permanent base, the singer is adamant he would not feel safe living in his hometown as musicians are not offered the security available to other stars.

He tells Britain's The Sunday Times Magazine, "I'd like to (settle in Nottingham), but I just couldn't. I was looking at one place in Clifton Village, a really nice area next to the estate, but you'd just get people trying to rob your house and s**t like that. If you're a footballer, you have to live locally, but you have security from the club, a gated house, the driver will take you from the gated house to the safely gated training ground - and you don't have that in the music world."