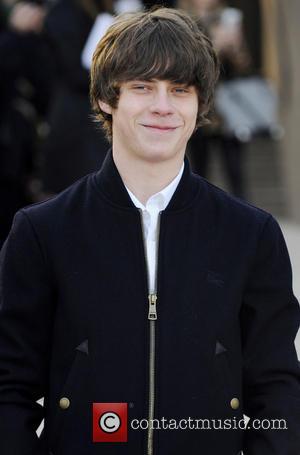 BRIT Award nominee Jake Bugg is considering skipping the ceremony as he is convinced he has a "very slim" chance of winning.

The teen singer-songwriter is nominated in the British Breakthrough Act category and he will go up against other newcomers including Jessie Ware, Alt-J, Ben Howard and Rita Ora.

However, Bugg isn't sure whether he will attend the prizegiving at London's O2 Arena on Wednesday (20Feb13).

He tells Britain's The Sun newspaper, "If I've got nowt (nothing) to do I might swing by. I've got one day off from the tour. I don't know yet - I might go. I might just skip the do and head to the afterparty. I'll wake up on Wednesday morning and just see how I feel... (My chances of winning are) very slim...

"I expect Rita Ora to win, but good luck to all of them.... It's great (to be nominated) but I don't really need an award to inspire me to keep writing music and playing my songs."