Nottingham-based singer/songwriter Jake Bugg is still only 19-years-old, yet here he is with his second album already and, on the back of the acclaim he achieved on his first album, the speedy release of 'Shangri-La' is a promising sign that Bugg is bursting with ideas and has no plans of sitting back on top of his one Mercury nomination. 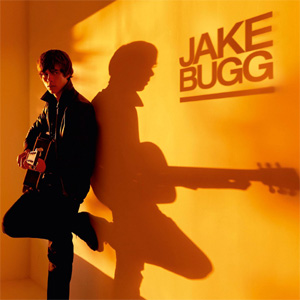 At 19, Jake is still at a very young age and, despite whatever experience he gained from writing and strumming in his bedroom in his mid-teens, his output has hampered down his lack of world-weariness and know-how into being a serious composer. His nasal (trademark by now) vocals go unchanged from his last album and, really, much of the song material available on 'Shangri-La' hardly differs from his first album either. He is making strides in widening his repertoire, but he probably could have gone further had he been given a little extra time to develop his musical knowledge, rather than rushing something out now to capitalise on his Mercury nomination and the Christmas market.

'Me and You' is a delightful love story sung over Bugg's admirable effort at making a Dylan-esque folk song. You can't fault the kid for trying, as he makes attempts to encapsulate as many of his influences into 'Shangri-La' as he can; although he often finds himself coming up short of the mark for the majority of the album. His attempts at social commentary, such as on 'Messed Up Kids', do reflect his youthful naivety and inexperience as a singer/songwriter more appropriately, as he struggles to write anything endearing or subtle on the album's 'political' song. It's more, "Oi, look there's a chav!" a la Plan B, than it is, "Her profession's her religion/ Her sin is her lifelessness", as his likely hero Bob Dylan sang.

'Storm Passes Away' is a decent, more country than rock-inspired effort, and one of the few songs on the album worth taking note of. The folksy, hushed love song 'Me and You' can suggest maturity beyond Bugg's late teenage years and while he is no Van Morrison yet, these few hops out of his roots of rock-centric marquee do offer a glimmer of his untapped talents. His other ballad-y track, 'A Song About Love', comes off as whiny and doesn't suit Bugg's naval style, and the post-break up account he sings of on 'Kitchen Table' could have benefitted more from Bugg approaching the song in a less unabashed singing style and utilising the whispered tone he used occasionally on his first album, in particular on the single 'Country Song'.

His electric moments are more forceful in their delivery but are much less convincing in their execution and don't leave any kind of enduring impact. The punkier 'What Doesn't Kill You' and rockabilly 'Kingpin' both get tired too soon despite their forced vigour, which isn't great for two songs with a combined length of just over 4 and a half minutes long. Neither of them differ too much from the edgier moments on his first album and the same can be said about the more subtle moments; as it seems, though, more than a handful of the songs were swept up from the outcast sessions made in the recording booth of his debut.

To be blunt, none of 'Shangri-La' ever really steps too far from the safety zone of his debut, but Bugg is being fast-tracked by his label into producing new material, which is probably why the new album sounds so recycled. Should he be given the chance to master his penmanship and emulate his peers' musicianship, Jake Bugg could genuinely live up to his hype and his potential within his next few releases. On 'Shangri-La', however, Bugg is still searching for that special something and. providing he manages to find anything at all by the time he begins working on album number three, he could very well validate himself as a serious performer for years to come.