British Actress Jaime Winstone Is Planning To Use A Form Of Hypnosis To Ease Her Pain During Childbirth Following Advice From Supermodel Kate Moss. 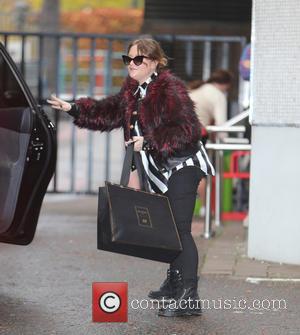 Ray Winstone's daughter is expecting a baby with her DJ boyfriend James Suckling and she confirmed the news in September (15) by sharing a picture of herself cradling a small bump.

Jaime has now opened up about her birthing plan, revealing she wants to avoid painkillers by using a technique known as hypnobirthing, which reportedly helps women deal with labour without using drugs.

"I've been studying everything. Right now, I'm looking into... hypnobirthing. Kate (Moss) and a few others have been telling me about how the method makes such a huge difference," she tells Britain's Hello! magazine.

"The approach to birth is chilled - there's no fear and dread and no drugs. I'm very much into meditation and control. I'm just at the point where I'm going to start the hypnobirthing programme and try to come to a decision on how I do it.

"I might even have the baby at home. We'll see as things progress."

Jaime, who is due to give birth in February (16), also reveals her actor father Ray is thrilled about becoming a first-time grandfather.

"Mum and Dad are ecstatic," she adds. "After the news had sunk in, they were the first people I called. When I told them they were going to be grandparents, they both burst into tears. It was so cute.

"Dad can't wait to meet his grandchild. It's a beautiful time for us as a family and it's brought us even closer than we already were... I really feel this is the next chapter for me and I've never been happier."

Jaime goes on to insist she has always longed to become a mother and the pregnancy is a dream come true: "Growing up, I always had a strong feeling that I wanted to be a mother. Whichever way my life went, I guess I felt that a role as a mummy was going to be my main calling in life." 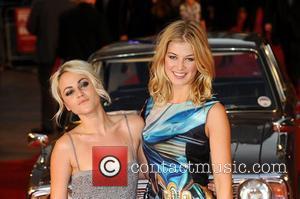